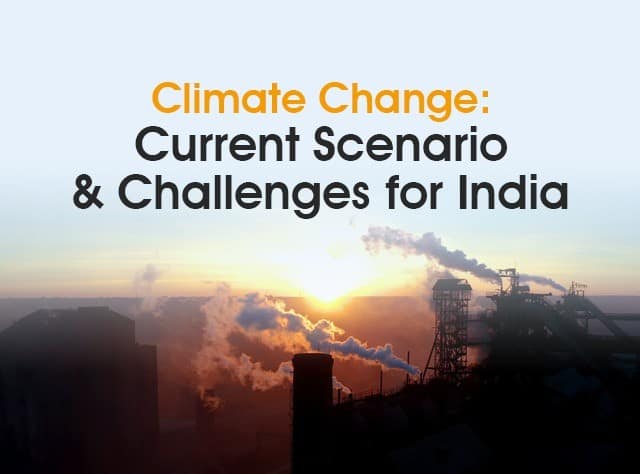 What is the use of a house if you haven’t got a tolerable planet to put it on?

Across world, frequency and intensity of climate related disasters have been increased. We can no longer be in denial about the threats of climate change. There is a huge possibility that perilous climate change may engulf the stability of earth system. Numbers regarding the impact of climate change are frightening and of course, very threatening.

India is very important for global community. Any aberration in the context of sustainability in this region may affect the other parts of world sooner or later in different intensities. It is essential to understand that disturbance in any part of a land system will ultimately affect the entire land ecosystem. And when it is about India which is hugely populous & is very significant in the context of biodiversity; it becomes very important to be watchful. Effects of climate change in India is also evident and is concerning.

Besides working towards developing cutting-edge technology backed platforms for addressing the challenges of climate change; we have been trying to raise awareness. This is essential to understand that community participation is now a must requirement for tackling the threats of climate change. Hence, LeadsConnect team has developed platforms capable of including communities for assessing actual conditions effectively and for seamless implementation of solutions.