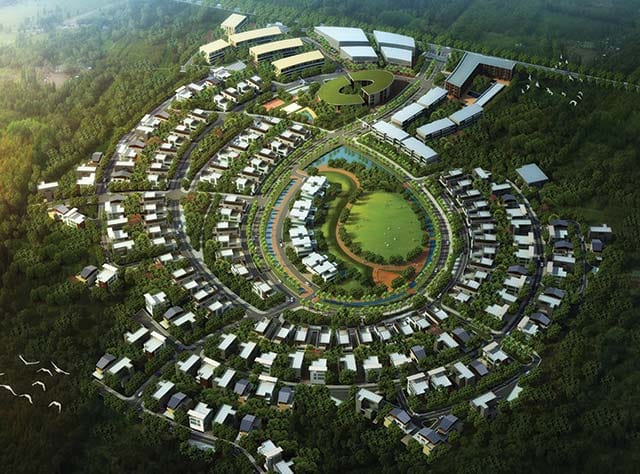 One of the most growing and expanding cities in the north-eastern region of India is Guwahati. There are other cities too such as Shillong, Aizawl, Dimapur, and Agartala which have been witnessing unprecedented urbanization. These cities have also been confronting many challenges which are the consequences of urbanization. However, the way Guwahati city is often plagued by urban flooding is not the common scenario in other cities. There could be various reasons for such menace in the Guwahati city. But, before going deep into this and analysing the reasons for this phenomenon in the Guwahati city, this is necessary to pinpoint a fact here: many cities across India have been affected by urban flooding. The situation is so grave that sometimes cities are forced to a standstill situation. Who can forget Mumbai and Chennai floods?

But this is necessary to understand: generally, either metropolitan or cosmopolitan cities used to be affected earlier. This is no more the case as cities besides metropolitan or cosmopolitan clusters have been choked by urban floods in recent past. Aforementioned fact opens a window of discussion on those factors which could be responsible for urban flooding which are directly not perceivable. For instance, this is a well-accepted fact that rising population and swarming of people from outside has been one of the most significant factors for changing the urban morphology. Such abrupt changes in urban morphology became one of the primary factors for problems like urban flooding.

“Cities are engines of economy, but are they resilient to hazards such as urban flooding? choked cities are neither good for environment nor for economy “

However, there are different layers of this hypothesis. Let’s try to address this issue in this way: Assuming that a city has significantly become heterogeneous over a time period. Does it mean that the city is not planned? Before answering this question, we need to understand the significance of answering this question. Popular perception is: If heterogeneity of a city has been increasing, then there is a huge possibility that city is not planned, and it is expanding randomly. Now, the question is: Does this ‘popular perception’ hold true for all situations. The answer is: No. There is always a possibility where we may come across a situation where even planned cities may witness increasing heterogeneity over a time period. Similarly, just rising population and swarming of people from outside may not be the actual reason for making a city vulnerable to urban flooding. These factors definitely make a city vulnerable to such hazards. So, now the question is: What is making Guwahati a hotspot of urban flooding?

Let’s see what is making Guwahati stumble whenever there is heavy downpouring!

Guwahati is the largest city of Assam and is one of the fastest growing cities of India. The city has been situated along the bank of Brahmaputra river. Bharalu river which is a tributary of Brahmaputra has been flowing through the city. This city has been known for its rich past and cultural heritage. The smallest riverine island in the world is also located here on the Brahmaputra river which is known as Peacock island. As far as infrastructure is considered, the city has been observing unprecedented increase in developmental activities. In addition, this is necessary to understand that Guwahati is like a gateway to the north east region. Therefore, Guwahati automatically becomes a hotspot for development. Consequently, it attracts swarming of people from across the country. They come into this land in search of livelihood. Furthermore, Guwahati has huge spiritual significance and a popular tourist spot as well. Cumulative effect of aforementioned factors is that Guwahati has become a nest of many with different purposes.

“Absolute necessity to have a balance between capacity and demand. Demand exceeding capacity will be the root of many impending perils”

Consequently, there has been significant transformations in the landscape pattern of Guwahati. Most importantly, transformations are not controlled and are abrupt. This is necessary to understand that unstructured urban morphology may become a significant reason for water logging. There is no denying in the fact that Guwahati has been abrupt and random in its evolution. Furthermore, this is also necessary to highlight at this stage that many water bodies in the city have been encroached. This degraded the natural drainage system which has become one of the most important parameters for increasing urban flooding in the Guwahati city. Moreover, the drainage system of the city is not planned properly. This is also one of the reasons for aggravating the situation.

This has now become an absolute necessity that the drainage system of new clusters in and around of the city should be properly planned. In addition, there should be stringent rules which can prevent any kind of encroachment of water bodies as disappearing water bodies are degrading the natural drainage system. Furthermore, this needs to be understood with no exception that land system is an integral part of the ecosystem. Sustainable use of the land system will increase the efficacy of ecosystem services. Otherwise, random disturbances in the land system may affect the utility of land. This further may aggravate the urban flooding situation. Therefore, there should be proper mechanism in place to monitor activities which are related to landscape transformations. This may help in preventing situations where abrupt landscape transformations may happen. Moreover, this is necessary to understand that proper planning of drainage system may be more effective if the landscape composition and pattern are taken into consideration.

“Sustainable cities are now indispensable for existence of human civilization, otherwise, there will be many more ’Guwahati’ , ‘Mumbai’ and ‘Chennai’ in near future and the lives of people will be at stake whenever dark clouds hover in the sky” .