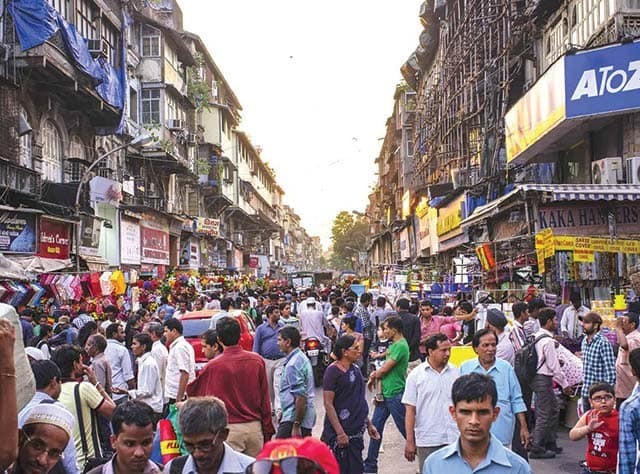 “Growth is inevitable and desirable, but destruction of community character is not. The question is not whether your part of the world is going to change. The question is how “ – Edward T. McMahon

Consequence of unprecedented urbanization across world is cropping up of new urban clusters. These clusters may become the root of many ecological hazards. Moreover, mushrooming urban clusters is now a primary concern for many policy makers and thinkers in the context of climate sustainability. There is now no ambiguity in the perception that cities will be key in shaping the climate scenarios in future. Hence, there is a need of close watch on the evolution of cities. This will help in identifying the reasons or factors which may become responsible for making a city unsustainable. Furthermore, the fact that there are numerous factors from different aspects of human civilization affect evolution of cities. It is also necessary to highlight the fact that functional and structural characteristics of a city has direct impact on the socio-environmental, socio-economic and socio-cultural dimensions of an urban region.

Therefore, this would be naïve to see anything in isolation when the discussion is on cities. Actually, this would not be an exaggeration if it is said that there is nothing random in the evolution and decaying of cities. There is a definitive pattern in the things which may seem random in either functional or structural aspects of the cities.

“Cities are never random. No matter how chaotic they might seem, everything about them grows out of a need to solve a problem. In fact, a city is nothing more than a solution to a problem, that in turn creates more problems that need more solutions, until towers rise, roads widen, bridges are built, and millions of people are caught up in a mad race to feed the problem-solving, problem-creating frenzy” – Neal Shusterman

Before moving further in this discussion, there are few things which cuddle cities and therefore, need to be highlighted. Aesthetic aspects of a city may affect profoundly its inhabitants. There is a high likelihood that space syntax influences the psychology of urban residents. So, the landscape composition of a city should be monitored and should be designed keeping the cognitive aspects of a city in consideration. Urban architects, urban planners, urban researchers and urban policy makers can never justify their responsibilities if they fail to bridge the two most important keywords of urban design, that is, space and cognition. ‘Space’ corresponds to the structural and geometrical dimension of a city, and hence, this is about the ‘pattern’ which is observed in a city. Generally, people see the pattern and try to decipher the intrinsic characteristics of the region. However, that cannot be a possibility. The pattern which is visible is a consequence of a process through which a city has been gone through. This is necessary to understand that functional characteristics of a city, that is, socio-cultural, socio-demographic, socio-economic and socio-cognitive factors define the process thorough which a city evolves. The functional characteristics of a city which characterize the process is actually the cognitive side of a city. Hence, it is indispensable to connect ‘space’ and ‘cognition’ to decipher the intrinsic characteristics of a city.

“Neighbourhoods built up all at once change little physically over the years as a rule…[Residents] regret that the neighbourhood has changed. Yet the fact is, physically it has changed remarkably little. People’s feelings about it, rather, have changed. The neighbourhood shows a strange inability to update itself, enliven itself, repair itself, or to be sought after, out of choice, by a new generation. It is dead. Actually, it was dead from birth, but nobody noticed this much until the corpse began to smell.” ― Jane Jacobs

At this point of discussion, a question may begin knocking our intellect: Is there any challenge to connect spatial and cognitive aspects while studying cities? The answer is: A big ‘Yes’! Let’s put it in this way: Among ‘Whats’, ‘Hows’ and ‘Whys’; ‘Whats’ are the easiest to answer followed by ‘Hows’ and the toughest nut to crack is ‘Whys’. When we discuss something which is related to the pattern of a city; we try to find answers for ‘Whats’. The ‘Hows’ and ‘Whys’ correspond to finding answers for the process which shapes a city and are like two different layers which envelope the ‘process’. In addition, this is necessary to understand that ‘Hows’ correspond to the template on which a city evolve and the ‘Whys’ are triggering factors due to which a city either comes into existence or start evolving further. This means that all of the factors which either are responsible for triggering the evolution of a city or sets a definite path for the evolution of a city, needs to be studied in conjunction. Then, inferences from the  investigation should be used to decipher the pattern of a city. This requires a multidimensional and interdisciplinary architecture to accommodate such non-linear datasets. Therefore, a robust analytics architecture is required to construe the intrinsic characteristics of a city. Otherwise, the picture may not be complete and hence, may not be able to provide the actual scenario. So, a robust architecture for spatial analytics is an absolute necessity when we study cities!

“ First we shape cities – then they shape us” – Jan Gehl